It’s been a while since I last posted (tsk tsk), mostly because I was busy getting married.

With that in mind, here’s a brief post with some of the travelly things we wove into our wedding, from places that we’ve visited and loved in the years before we got married. 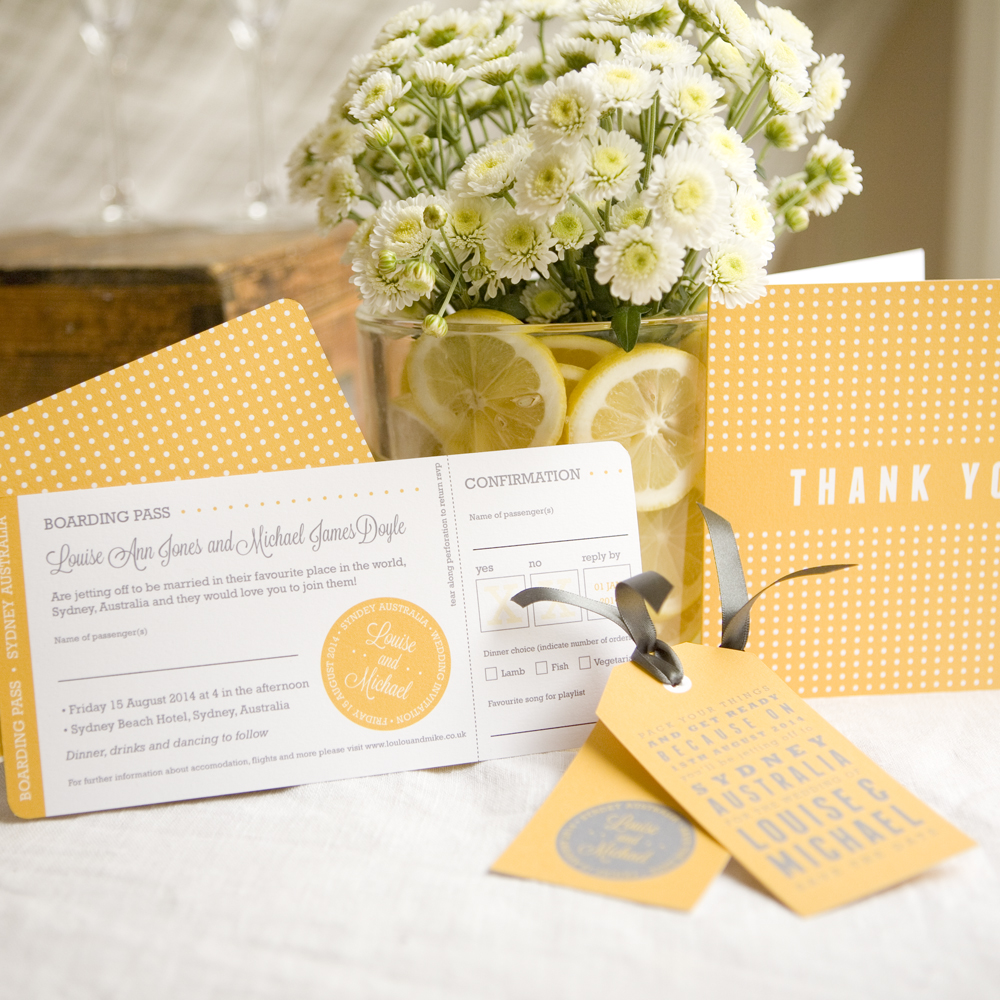 We had these boarding pass invitations customised by White Knot stationery with our own ‘carny’ font and plum colouring. People tore off the perforated RSVP coupon then sent them back to us with their preferences. 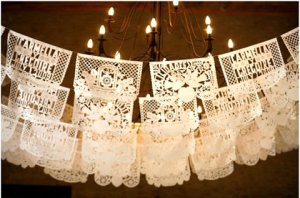 These decorative, perforated tissue paper banners are also found at Easter celebrations, Christmas, christenings and on the Day of the Dead. The village of San Salvador Huixcolotla in Puebla is the centre of the craft. I got mine from Milagros on Columbia Road in East London. 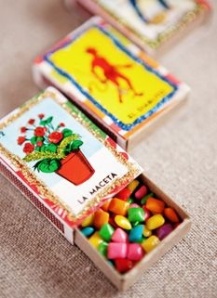 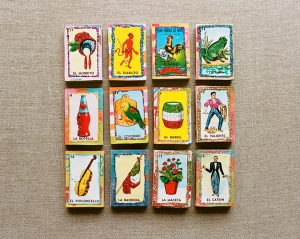 The Mexican game of Lotería is similar to bingo – you try to match images rather than numbers from a deck of 54 cards – the portray anything from the devil to a melon and a drunkard. I found a seller on Etsy who glued the little cards to matchboxes, which we filled with sweets and gave out as favours. 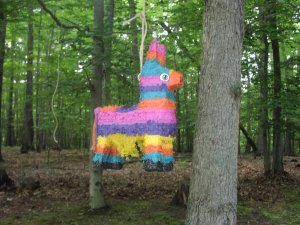 Another Mexican party favourite that has become popular in the UK. We went for a traditional donkey that was filled to the ears with sweets for the children to get hyper on. 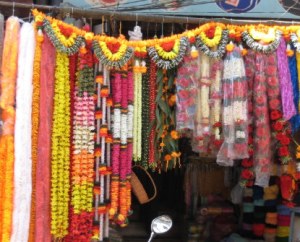 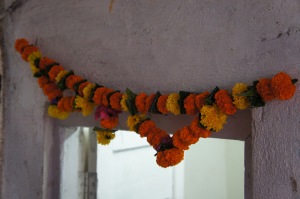 I love the vibrancy of floral decorations in India, particularly the ochre marigolds that are strung into luxuriant garlands on a daily basis in markets across the country. They’re not so easy to come by in Britain (I found some good plastic replicas at the Pak Khlong Talat flower market in Bangkok, but they didn’t have enough of them), so instead we decided to come up with an alternative – tissue paper flower pom poms, which my bridesmaids and I were making until midnight the day before the wedding. They looked almost as good as the real thing and I’ve decided to start selling them in a variety of colours here. 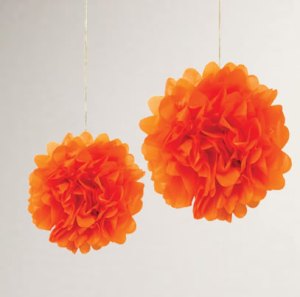 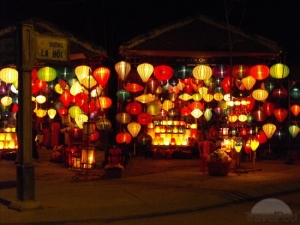 The ancient riverside town of Hoi An gets even more enchanting as dusk falls and its heritage buildings are illuminated by hundreds of coloured paper and silk lanterns. To recreate the effect, I picked up a few strings of heart lanterns at the vast Chatuchak market in Bangkok. 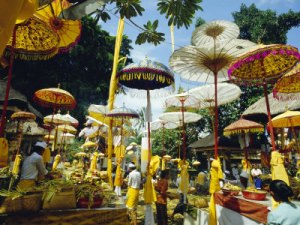 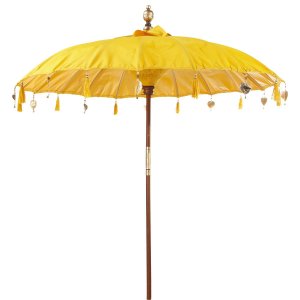 We didn’t end up having these at the wedding, but only because we decided not to buy them at a market in Kerambitan, where they were $10 each. Note to self, next time don’t dither! We searched for them high and low when we got back home and couldn’t find anything cheaper than £200. They’re all over the temples (and hotels, bars and restaurants) of Bali and would add a welcome splash of colour to any wedding. They traditionally symbolise protecting those beneath you while greeting the gods above.